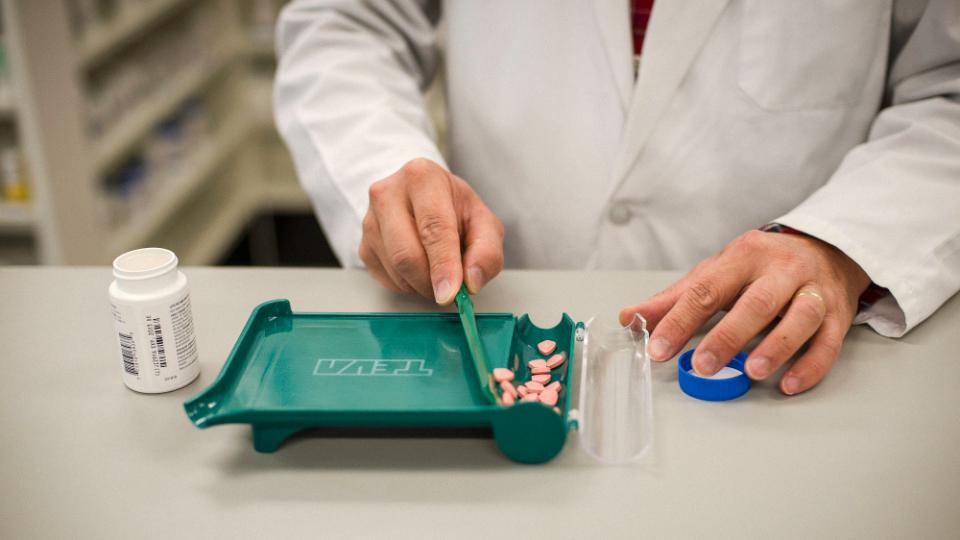 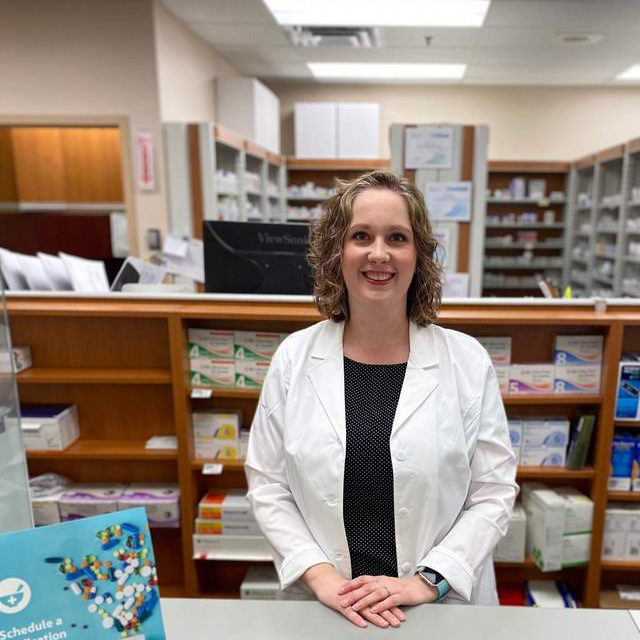 Sarah was born and raised in North Battleford and completed her Bachelor's Degree in Pharmacy at the University of Saskatchewan in 2006. She worked in Manitoba for a few years, then returned home to take a position as staff Pharmacist at Discovery Co-op. In 2020 she accepted the position of Manager of both Discovery Co-op locations. Sarah is married to Regan and they have 2 children, Anna and Nora. In her spare time, Sarah enjoys running and relaxing with a hot cup of coffee and a book.

Sarah is best known for: Shopping and coffee. And her kids. 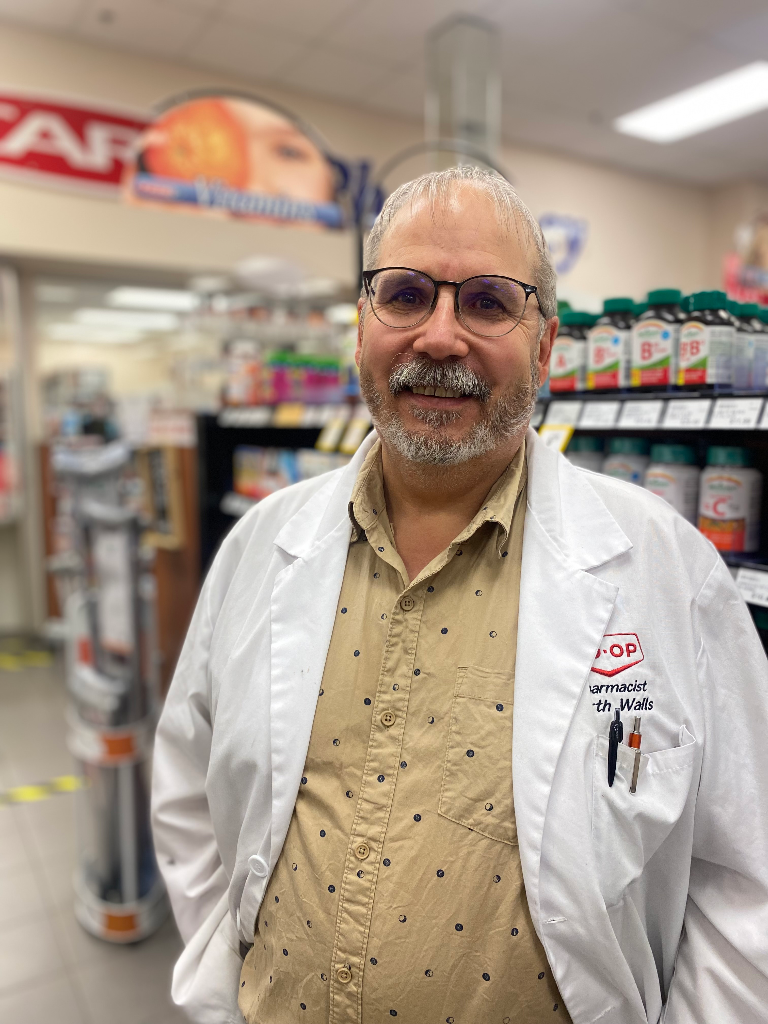 Garth graduated with his Bachelor’s Degree from the University of Saskatchewan in 1979.
Garth has practiced in Saskatchewan for over 40 years and has spent the last 21 years at the Discovery Co-op Pharmacies in the Battlefords. He has lived in the Historic Town of Battleford for over 35 years and spent 21 years on Battleford's Town Council.

Garth still remains passionate about practicing Pharmacy with the amazing team of colleagues at the Co-op Pharmacies. "This is the experience we all hope for when we graduate from college. I work with amazing people and have so many clients that have put their trust in us." Garth spent several terms as co-chair and chair of the (PAS) Pharmacists Association of Saskatchewan. He feels honoured to be part of this progressive group of pharmacy professionals that were leaders in expanding the services offered by pharmacists and establishing their collaborative role shared with other health care professionals.

Garth and his wife Linda have 3 children and 6 grandchildren. His interests include Vintage British sports cars, woodworking, and golf. 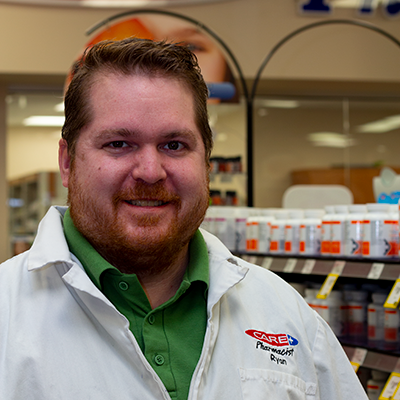 Ryan graduated with his Bachelor's Degree in Pharmacy in 2003. He has been working at Discovery Co-op Pharmacy since 2004. Originally from Thunder Bay, Ontario, he moved to Saskatchewan for his post-secondary studies. Ryan and his wife, Lesley, have 5 children. When not working, he is shuttling his children to their various activities. 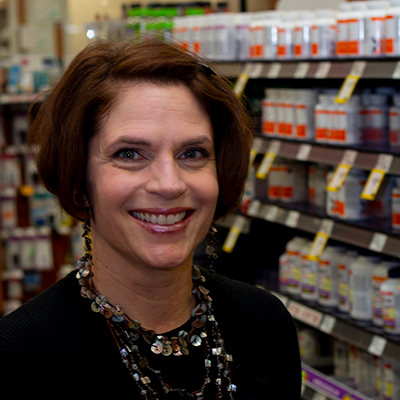 Cara was born and raised in North Battleford and earned her Bachelor's Degree in Pharmacy  from the University of Saskatchewan in 2001. She has worked across Canada in several different roles within the profession of Pharmacy including Hospital Pharmacist, Community Pharmacist, Educator, and Owner/Manager. Since returning home to Saskatchewan in 2012, Cara has taken advantage of the great outdoors — rowing, sailing, cycling, skiing, skating, and snowshoeing... pretty much anything that keeps her from the business of finishing the home renovation project she started in 2019. Cara is very grateful to be back in her hometown. 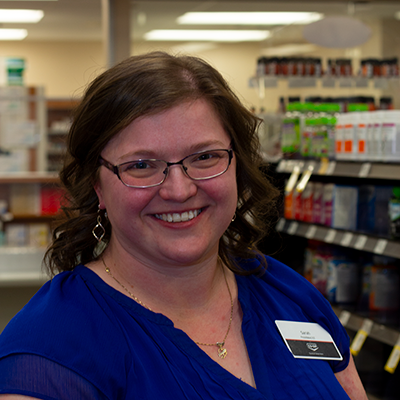 Sarah H. graduated in 2011 with a Bachelor's Degree in Pharmacy from the University of Saskatchewan. Previously working as a Community Pharmacist in North Battleford for 10 years, she joined the team at Discovery Co-op Pharmacy in May 2019. Daughter to Belgian parents, Camille and Rita Haegebaert, Sarah was born and raised in the Battlefords, growing up on the family farm near North Battleford. In her spare time, Sarah enjoys spending time with her friends and family, catching up on her favourite TV shows, and traveling to new places. In the summer, she loves working outside on the family farm, and during the winter, she enjoys watching and playing curling at the local rink. 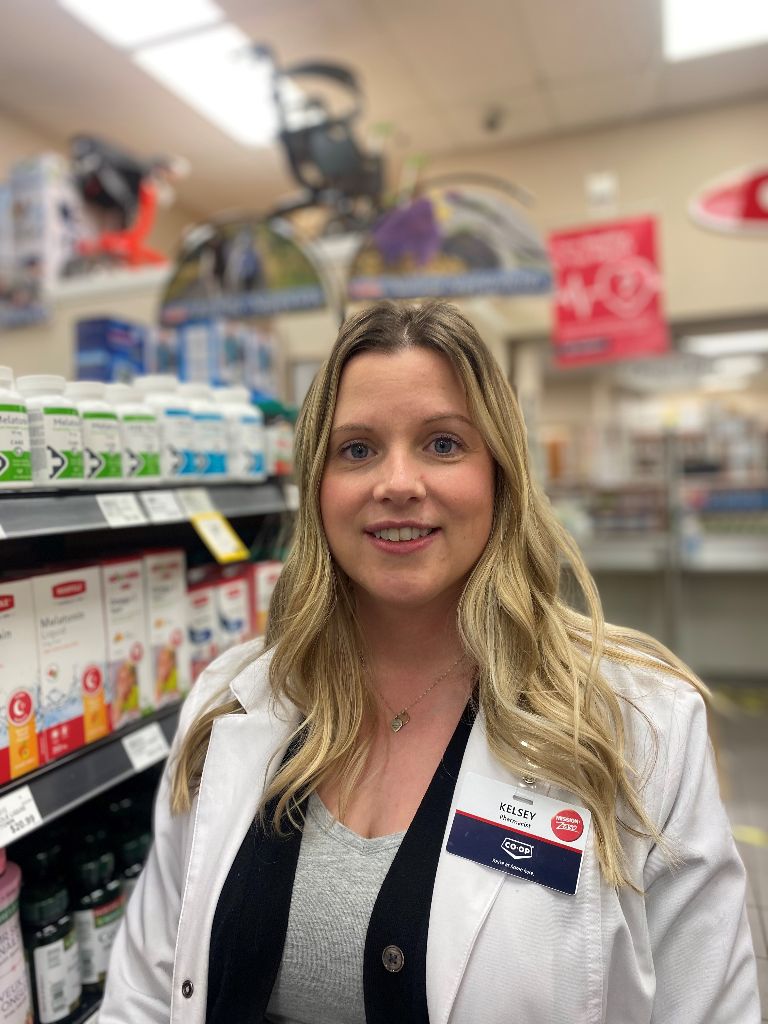 Kelsey completed her Bachelor’s Degree in Pharmacy at the University of Saskatchewan in 2012. She has been working with the Discovery Co-op Pharmacy since 2013. Kelsey and her husband, Jordan, have 3 girls and are expecting their fourth child in April 2022. In her spare time, Kelsey enjoys being outside and spending time with family and friends. 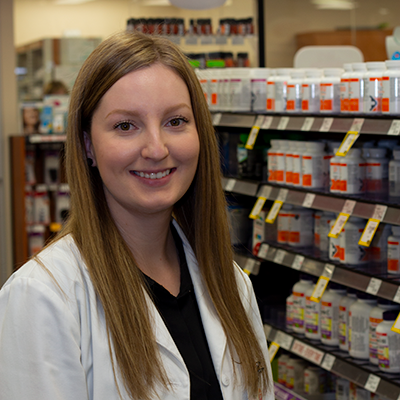 Torilee graduated in 2020 with a Bachelor's Degree in Pharmacy from the University of Saskatchewan. She grew up in the small town of Midale in southeast Saskatchewan. Torilee's hobbies include playing various instruments (namely piano, guitar, and ukulele), hunting, fishing, and spending time with her dog, Tallee. 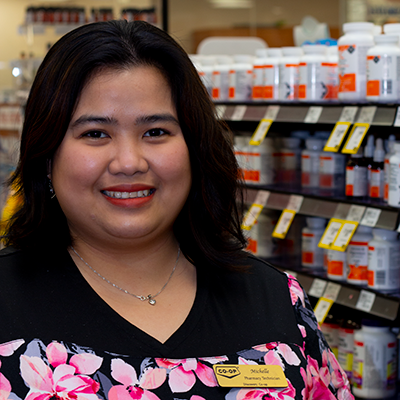 Michelle’s family moved to Canada from the Philippines in August 2007. At the young age of 15, she started working at the Discovery Co-op Pharmacy as a part-time student cashier. From this, she developed an interest in the pharmacy field.

In her free time, Michelle enjoys watching home renovation shows. Basketball is her favorite sport, so she loves it when the NBA is on. Michelle is hoping to one day go to Wizarding World of Harry Potter theme park, and ultimately travel around the world.

Susan became a Registered Licensed Pharmacy Technician in 2017. She has been working at the Discovery Co-op Pharmacy since 2013. Susan was born and raised in North Battleford. She has made her home here just outside of the Battlefords. Susan and her husband, Brent, have 2 grown sons. Susan adores her grandson and spending time with family. She loves the great outdoors. The more sunshine the better! 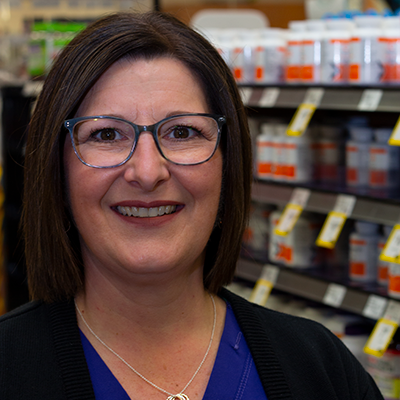 Francine is a Pharmacy Assistant and has been employed at Discovery Co-op Pharmacy since October 2019. Francine previously worked at Wilkie Pharmacy for twelve years while she and her husband, Jason, raised their two children. They moved to North Battleford in the summer of 2018. Outside of work, she enjoys golfing and spending time with friends and family. 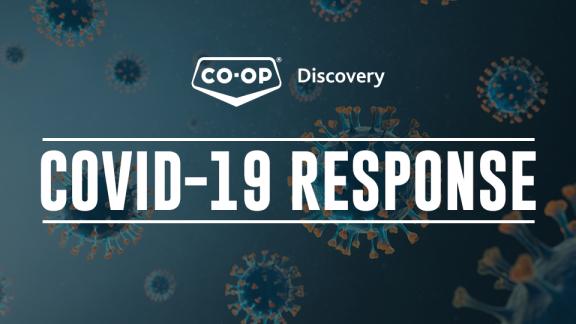 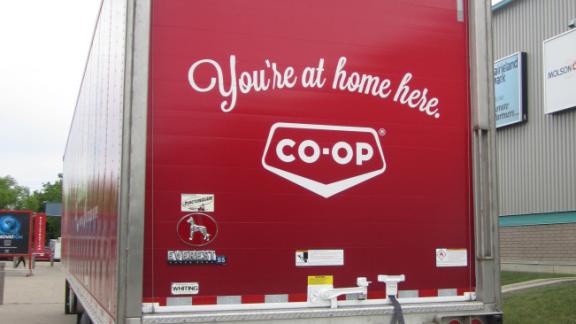 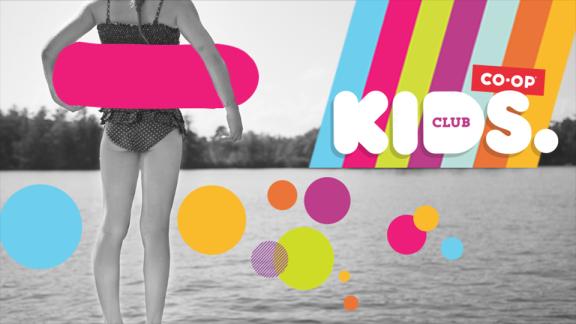